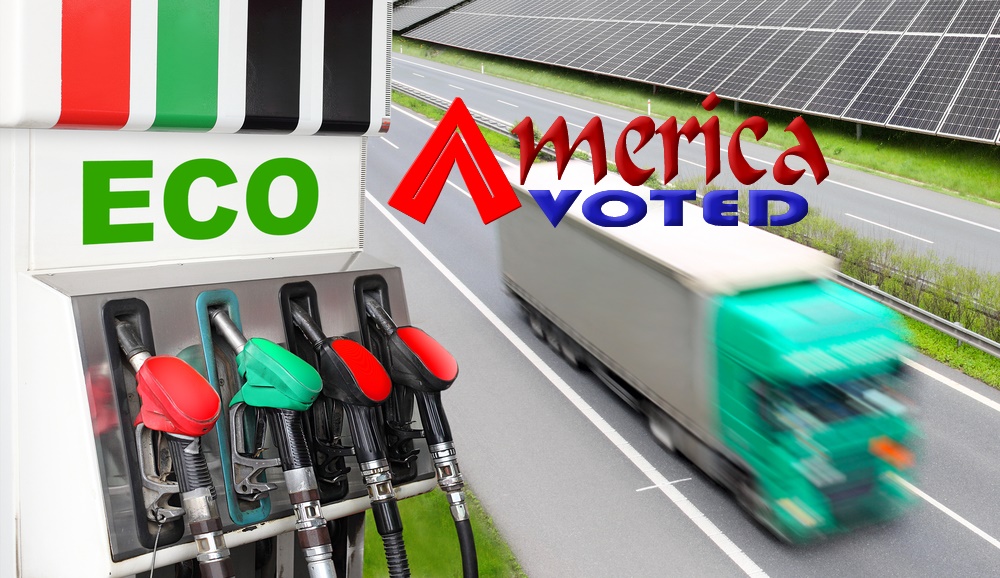 Alternative fuels, known as non-conventional and advanced fuels, are any materials or substances that can be used as fuels, other than conventional fuels like; fossil fuels (petroleum (oil), coal, and natural gas), as well as nuclear materials such as uranium and thorium, as well as artificial radioisotope fuels that are made in nuclear reactors.

The main purpose of fuel is to store energy, which should be in a stable form and can be easily transported to the place of use.

Almost all fuels are chemical fuels. The user employs this fuel to generate heat or perform mechanical work, such as powering an engine. It may also be used to generate electricity, which is then used for heating, lighting, or other purposes.

Still, in recent years, a trend has been observed in the production of alcohols from biological sources (crops such as corn, wheat, sorghum, and sugarcane).The industrial alcohol is classified, based on type, into ethyl alcohol, methyl alcohol, isopropyl alcohol, isobutyl alcohol, benzyl alcohol.

The growing demand for bioethanol and increasing usage of alcohol in various applications across regions are projected to drive the market growth for industrial alcohol. The changing lifestyles, growing economy, and shift toward renewable resource utilization in developing economies have led to the increasing demand for alcohol in fuel and other applications. Also, governments across the world are encouraging the development of biofuel, guided by its several beneficial features, over and above fossil fuels. The development of economies plays an essential role in the increase in demand for biofuels in the global market.

Industrial alcohol plays an important role in many applications, such as pharmaceuticals, fuel, personal care products, food ingredients, and chemical intermediates & solvents, among others. Among the various alcohols available commercially, ethyl alcohol is the most commonly used and widely accepted industrial alcohol, globally. The methyl alcohol segment is projected to dominate the industrial alcohol segment by 2022. The demand for bioethanol is the highest due to its high octane number and renewability. Ethyl alcohol is widely used in the food industries as a flavoring & coloring agent and also in candy glazing, whereas sorbitol and maltitol are the most common sweeteners.Alcohols also find applications in bakery and confectionery industries apart from beverages.Due to alcohol’s excellent disinfectant properties, it is used in home and industrial cleansing agents as well. Hence, antimicrobial property of ethyl alcohol helps it to be used in pharmaceuticals, for both drug development and non-oral applications.

The largest market for industrial alcohol includesNorth America, which represent a large share of industry participants and consumers.The region is one of the largest exporters in the global ethyl alcohol market in the last two decades. The increase in demand for ethanol and methanol from the fuel industry is fueling the market in the region. The US is one of the largest producers of ethyl alcohol and the world’s largest producer of corn. Therefore, the US uses most of the produced corn to prepare industrial alcohol. The Asia Pacific region is the fastest-growing market for industrial alcohol, due toits increasing adoption of alcohol in applications such as cosmetics, pharmaceuticals, chemical intermediates, solvents, and fuel. Asia Pacific produces sugar-based ethyl alcohol, due to the abundant availability of sugar and molasses, which are the key raw materials for producing alcohol.Also, India has the highest potential for growth in the industrial alcohol sector due to the extensive agricultural land available and also the growth in demand for alcohol in different sectors. Due to these factors, Asia Pacific is projected to be the fastest-growing market for industrial alcohol.

Why The Iso 22000 Standard Is Global Requirement?