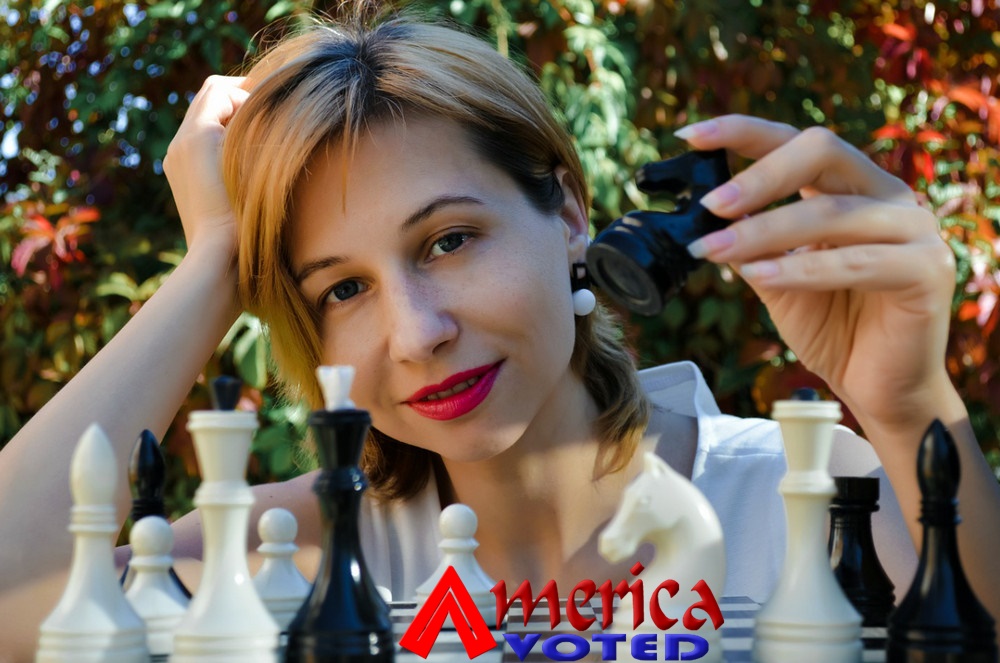 Welcome to my article on the secret of chess. Chess is a very popular recreational and competitive game. It is one of the great mind games which our ancestors have invented. The current form of the game emerged in Southern Europe during the second half of the 15th century after evolving from similar, much older games of Persian and Indian origin. Today, chess is one of the world’s most popular games, played by millions of people worldwide in clubs, at home, by correspondence, online, and in tournaments. This is the variant I’m talking about today.

I wanted to talk about the much-discussed “secret of chess”. So, how do we solve this seemingly simple recreational and competitive game, played on a square chequered chessboard with 64 squares arranged in an eight-by-eight square between two players? The answer of course, is not that easy to find, however in my constant practice and research, I believe I have found at least one answer.

There are many possible hypotheses for the “secret of chess”. I will give my opinion on some of the myths I think are busted (I’m not sure if there’s a reference there to some TV show there) and which hypotheses I think are plausible.

1. Computers will solve the game of chess.

Computers are strong opponents and the best analyse many millions of positions per second (e.g. Rybka), however, simply look at the statistics – there are 318,979,564,000 possible ways to play the first four moves of chess. In addition, America’s Foundation for Chess found that there were 169,518,829,100,544,000,000,000,000,000 ways to play the first ten moves of chess. For a computer to solve the game of chess, it would have get through every possibility for a whole game, and it would also have to assess every single position correctly.

2. Secret of Chess: Maximise the opportunities for your opponent to make mistakes.

In a 2003 article concerning the world’s strongest nonagenarian (the strongest active player in chess in the world aged ninety or older), the authors gave a possible answer. The information was provided by writers Neil Sullivan and Yves Casaubon. The strongest nonagenarian in ChessBase’s opinion at the time was Arkadiy M. Gilman (rated FIDE 2237 in 2003), who hails from Russia and lives in Canada.

Anyway, in the analysis to “Gilman,A – Grondin,J [D02], Le Bolduc II – A Montreal CAN (6), 08.10.2003”, which was a win for Gilman is 23 moves, the authors subtly slipped in the secret of chess. In my opinion, this is the best practical way to utilise one secret of chess. By allowing your opponent to make mistakes, you can exploit their inaccurate moves. And by maximising their possibility of making mistakes, you have more opportunities to exploit them.

One way this can be utilised is through opening preparation. By surprising your opponent at the board, your opponent will likely not react with the best response and there’s a chance he will slip. Of course, you cannot count on this happening.

This is my personal favourite. GM Nigel David Short MBE is often regarded as the strongest British chess player of the 20th century. He became a Grandmaster at the age of 19, and became challenger for the World Chess Championship against Garry Kasparov at London, 1993. Still an active player, Short continues to enjoy international successes. He is also a chess coach, columnist and commentator.

After an extraordinary comeback in 2008’s Commonwealth Chess Championship, Nigel Short said, “Anyway, I was struggling at this point. I obviously couldn’t play like a grandmaster, so I decided that I should at least dress like one. I started putting a suit and tie on, although everyone told me it was too hot. But it apparently put me in the right frame of mind. I think I am a bit of a sluggish starter, and in this way I managed to dig myself out of the hole.”

It could be that the formalness of dressing with a suit and tie can put someone in the “right frame of mind”. Just see from Nigel’s games in the tournament.

Anyway, here’s a snapshot of the crosstable:

Now I have my own experience with this hypothesis. Recently I played in the Australian Schools Teams Championships and our team scored 19.5/20 (it was a four-player vs. four-player match system) against tough opposition. We were all in full uniform with tie and blazer. So this hypothesis worked well for me.

4. Secret of Chess: Analysing your games using computers and having access to millions of chess games for preparation and general study purposes.

This is a logical “secret”, but one which was subconsciously so obvious to me that I forgot to put it in my draft to this article! It has long been said that the key to improvement is to analyse your chess games. This was stressed out in a whole book called The Road to Chess Improvement by American GM Alexander Yermolinsky (2000). Additionally, the concept of thoroughly studying your own games is also discussed and strongly recommended in many other pieces of chess literature. Perhaps GM Edmar Mednis said it best, “playing without a concurrent critical review of one’s skills will simply get you nowhere.”

It is now the computer age and it is quite typical to use a chess database program to store and analyse your games. This is where ChessBase is the world leader in chess software and innovation. Their Fritz and ChessBase interfaces (which have little differences between each other) are the most comfortable chess database programs I have had the pleasure to use. They provide the perfect “aquarium” for your chess study and analysis.

Having access to millions of chess games through the Fritz database or a “Mega Database” (a ChessBase product purchased separately from Fritz) is also essential for study and preparation. Players can survey the new developments of their favourite opening systems by examining recent games and they can prepare for their opponents by looking up the database. This fairly obvious “secret” can be employed by both the world champion or by your budding next door neighbour.

When asked, “What is the secret of success for this US Women’s Olympiad Team?” Zsusza “Susan” Polgár replied, “For one, chemistry.” She also noted, spending “a lot of time together” with the team, working hard, learning to “know each other well”, having a “team captain and a head coach that also know and understand” them, and having a “good chief theoretician”.

In late 2004, the US women’s team made history at the Chess Olympiad by capturing silver, the first ever Olympic medal for the United States. The player and driving force behind this success was Susan Polgar, who came out of a seven-year hiatus with a stunning performance.

When playing on a team, it’s important to have chemistry with the other members of your team. Knowing each other’s style of play and continually encouraging one another is important. I experienced this in the Australian Schools Teams Championships, as well as other international events.

6. Secret of Chess: Have enough coffee in the house.

In 2004, third place of the qualifier for the Canarias en Red Internet Chess Festival went to Chess Today author GM Mikhail Golubev who has told his readers the secret to success in these Playchess events was to “have enough coffee in the house”. Apparently, he was out of the “sustaining brew” and lost a previous ACP Inaugural. In this tournament, he had plenty and was rewarded with a fantastic Buchholz to easily qualify for the finals.

I’ve always liked to drink at the board, although not coffee in particular. I have experimented with drinking Milo, Sustagen, Up&Go and Multi-V at the board (I’m not sure if these brands are native to Australia). Many of these work well as they wake you up at the chessboard game. I know IM Jeremy Silman has recommended apple juice and chewing on ginseng.

What is the reason for the remarkable success of Chinese players in international chess? According to Prof. David H. Li it is due to the fact that they are all experienced in XiangQi, the combative and fast Chinese version of the game.

According to the professor, “When one is accustomed to playing a game with a higher manoeuvrability ratio, one has an advantage in playing a game with a lower manoeuvrability ratio. Moreover XiangQi introduces synergy into your thinking process and playing style. By broadening your horizon, you start to think more creatively; by improving your grasp of spatial relationship, you are visualizing more dynamically; and by deepening your analytical skill, you play more imaginatively.” Of course, there is more. Simply check out the article about XiangQi and chess.

I also played XiangQi when I was younger, shortly before I started learning chess. I had some flair for the game and I liked to play it against my grandfather. Sometimes I played it online, but I haven’t played in years and I don’t recall ever playing it while I was playing “international chess”. I’m planning to re-learn the game and play it online occasionally. I’ve always thought, having learned it before I learned the rules to international chess, that it has helped me in developing my chess skills.

So these are the hypotheses I put forward to you. You can decide which ones have merit and which ones are totally busted, and I have given my own opinion on all of them. If you have learned something useful today, I would have done my job.

Zhigen Lin is a chess player. You can check out his website at http://chess.geniusprophecy.com/ 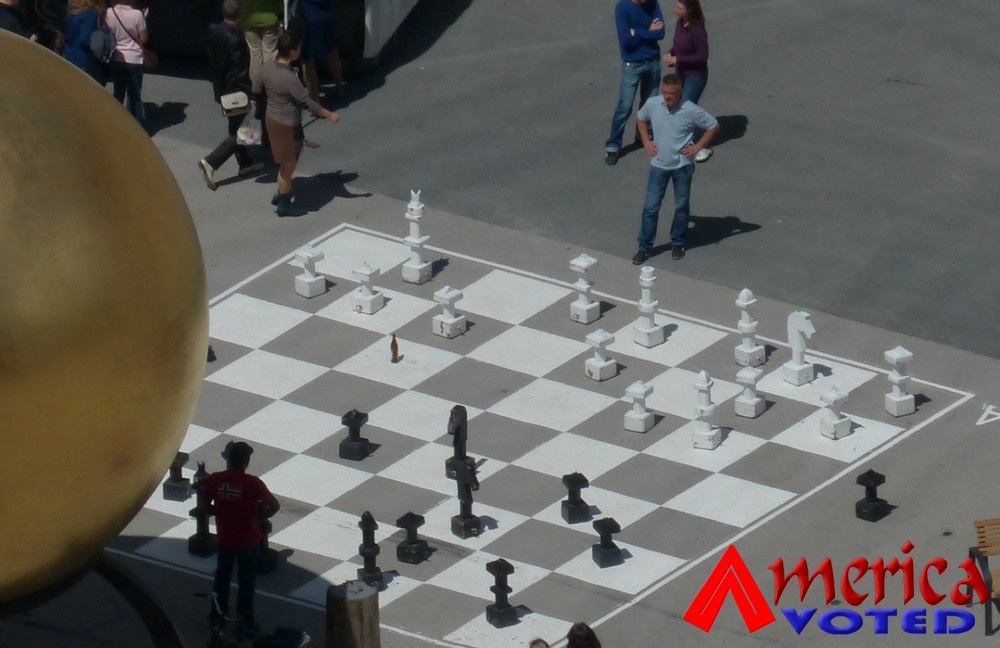 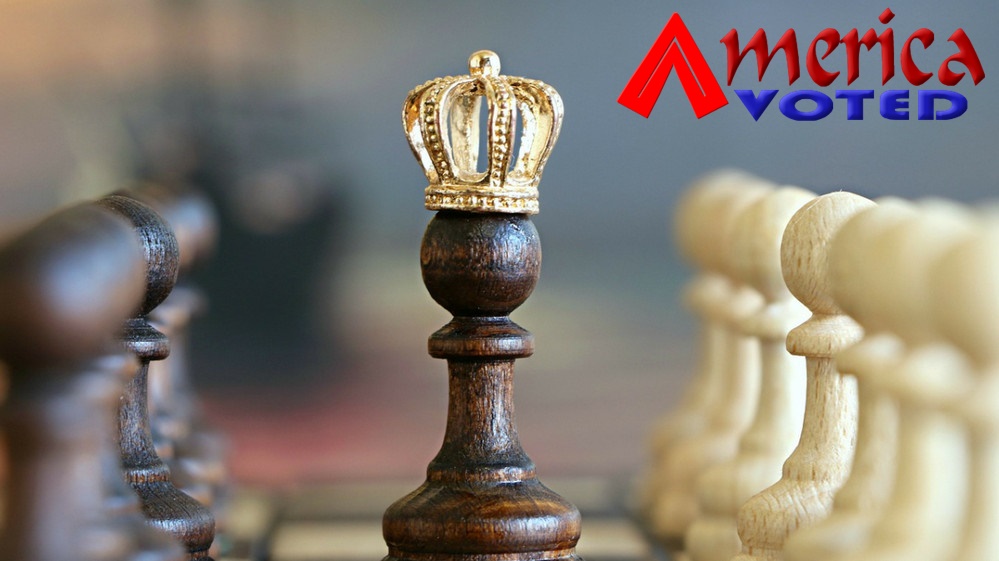