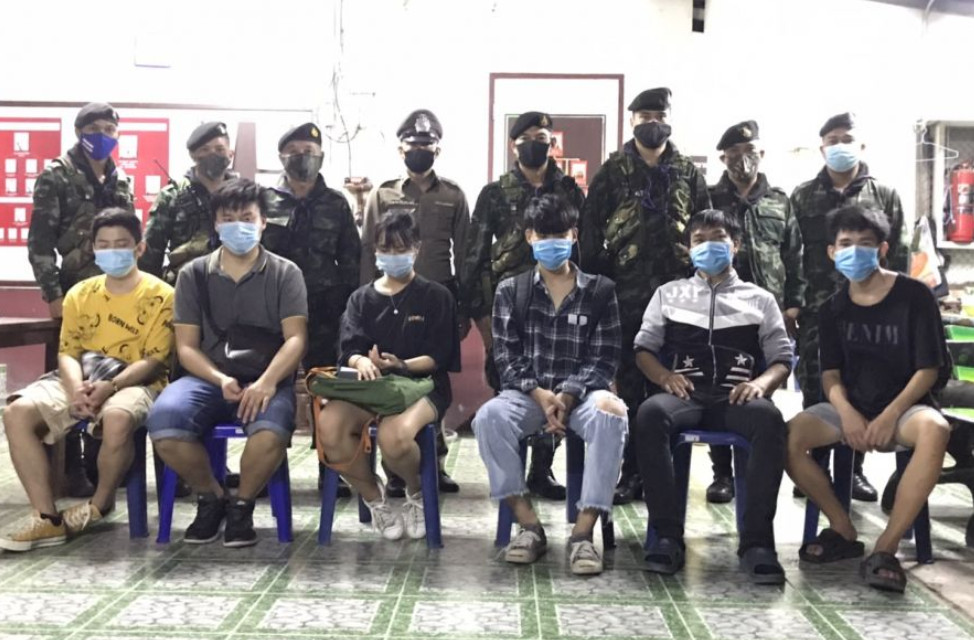 Six people were caught crossing the river from Myanmar to enter Thailand at Ban Huay Muang village in Tak province around 1am on Saturday.

Patrolling officers of 4th Infantry Battalion in Tha Sai Luad subdistrict of Mae Sot district reported that the suspects were on a rowing boat and crossed Moei River. They comprised five Thais — four males and a female — and a Chinese man. “All of them confessed that they were employees of a casino in Myanmar,” said one of the officers.

“As the Covid-19 situation in Myanmar is escalating, more people are trying to slip through to Thailand across the river, as all land border checkpoints have been shut to prevent the virus from spreading. Only transportation of products is allowed.”

The suspects were sent to Mae Sot Police Station and were charged with entering the country via an illegal channel and violating the regulations of Tak’s Disease Control Commission.